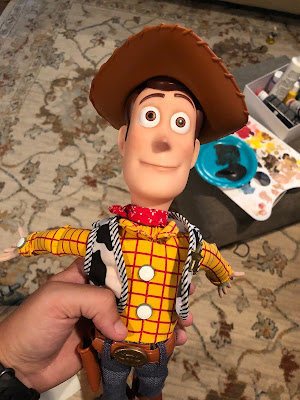 If you've ever wanted an accurate Woody doll from Toy Story and done some research, you know that there are only a few good options out there.

You can get the best of the affordable versions, which usually means high-quality clothes and a face-sculpt that more resembles when Woody is "awake," as opposed to his resting/hiding-from-people face. There is a very accurate one by Medicom that comes with a few good options, one of them being a wonderful...let's just call it "resting face." This is the face I've always wanted. The face from Toy Story 2 after he gets his restoration makeover and put in the display case. Yet, that is WAY beyond what I was willing/able to spend.


As a kid, my grandmother bought me some top-notch-at-the-time Woody and Buzz dolls. As a preteen, they were donated to a local church, but I found myself regretting that every so often (I have lots of old toys from my childhood since they meant so much to me). In college, TS3 came out and I've been looking to replace Woody pretty much since then, thinking I could find the version I had on ebay, but apparently the value of that one has gone beyond my price-range.

I restarted my search for a more accurate one that was in my price range when Toy Story 4 came out. The closest I got on the face had a terrible body, like the vest was printed on the fabric and he had fabric hands, the "safe for young kids version", which is what I ended up getting my young niece for her birthday. After I got that home, I looked and thought, "well, with the imperfect body, he was a lot cheaper. Maybe I should save it til I find a good body to go with it."

So, this past weekend, on our way to Disney World, I set aside about $30 of my spending to get one in Toy Story Land, knowing they'd have something that would do well. We stopped at an outlet mall on the way to stretch our legs from the drive, and the Disney Store had what I had been looking for. They even had one out of the box, and when you pick it up, he moved like you kind of expect him to after watching the movie. Very fabric based, heavy boots and chest, the rest filled with light stuffing. The only issue was his very exaggerated face. I was exactly what I needed to go with the cheaper head that I'd already found!

All that to say, I bought 2 dolls, one with a good head, one with a good body, and I mixed em together. I think the resting-face head is a bit smaller, but I believe the proportions are better because of it. I painted on some very light lip color, added more blush to his cheeks and shadows to his nose and eye sockets, painted the hands lighter to match the skin color of the head, put some white puff-paint on the buttons to make them more like pearl-snaps, and DONE.

My only issue now would be that his eyebrows aren't symmetrical, but I'd have to shave off some of the sculpting, and I don't know that I want to tackle that at the moment. So, below are pix of the purchased dolls and the final facepaint. 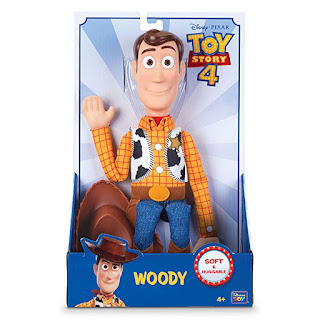 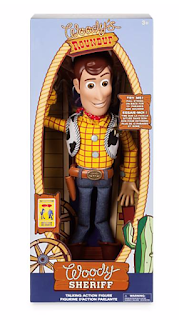 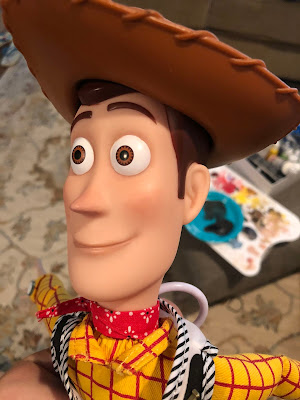