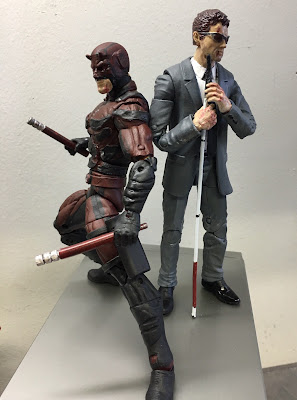 Season 2 has cemented Netflix's Daredevil as my favorite show now...well, maybe tied with Futurama. It has only beaten Lost since I didn't much care for the 2nd season when they focussed on the tail section of the plane. Anyways, I have been bummed for the year following the first season that there are no Netflix-versions of the character available to purchase as an action figure/statue.

I didn't necessarily trust my sculpting skills enough to do a Captain America conversion, but when I saw the Walgreens exclusive daredevil figure, I thought I could fix him with just paint. I ended up finding a video on youtube demonstrating some slight sculpting and it looked fairly simple and I only needed to buy some $5 epoxy puddy. Looked back at my black series Obi Wan and thought, "if I can make all the little details on him, I can do some small pieces added onto Daredevil." Sure, it's far from perfect, but it's just enough to get the major detailed pieces without going overboard (and causing tons of brain damage from smelling that epoxy for a longer amount of time).

After the sculpting phase, I got into the painting and repainted the additional Matt Murdock head sculpt that came with the figure. After putting that on the body and not really liking it, I knew I had to have a separate body for Matty. Luckily for me, there is a new Spiderman line of Marvel Legends figures; one of them is Chameleon/J Jonah Jameson/Thunderhead (I think). It had the perfect suit for the lawyer alter ego. I cut a piece out of a white wire hanger and added some lines to make his folding mobility cane for the blind. Bloodied up his knuckles, and it's good to go!

Maybe some day, we'll get an official Hot Toys figure and I'll spend a couple hundred on that without hesitation. But, until then, I'll have these guys protecting my desk at work. 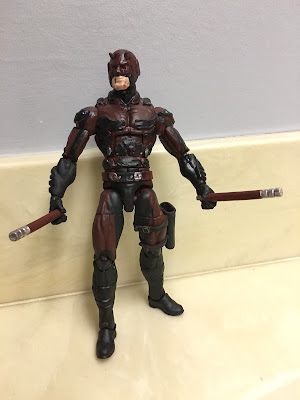 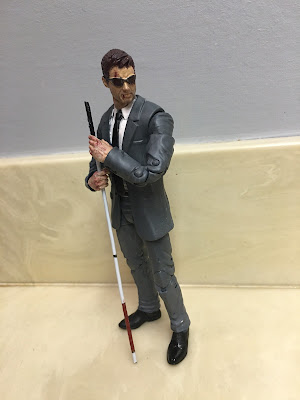 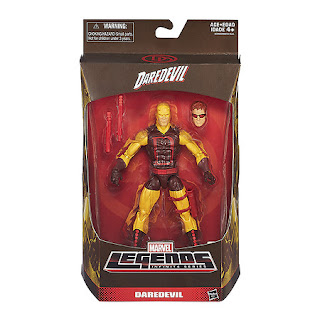 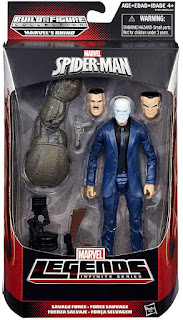 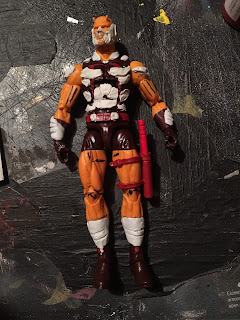 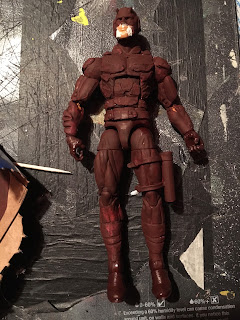