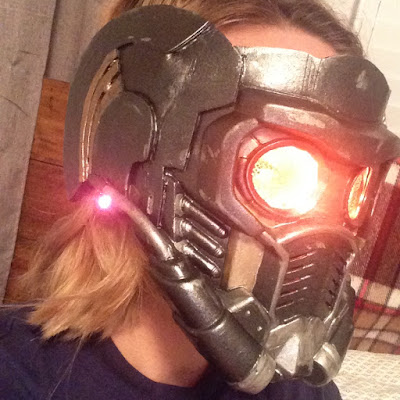 Decided to use a string of LEDs to upgrade the lense lights on my Star Lord mask helmet. I got them at JoAnn crafts and the battery pack makes it sooo much better than the single booklight shining down that I had below. Plus, it makes the silver kitchen strainer look way more intense and techy. I can't see out of them more than 15%, but it is so much easier to turn them on and off that it's worth it. Bad Good outcome from this update was that I needed more room inside, meaning that it no longer fit my head...meaning I had to rebuild the entire back or risk burning my face on tiny LED wires. BUT this was great because I got a new fit around the chin and lost all of the tight spots and tension on my cheekbones that were inside before. Plus, I got to replace the velcro with magnets, which lowers the chance of it ripping again. Also to prevent ripping, I double enforced all new foam and added an epoxy coating before repainting everything. Also added an ear-light with the same kind of LEDs (actually like that it is a slightly cooler shade of red so it seems like a different tech-piece altogether).

Overall, it wasn't just an upgrade, it was an overhaul that upped my helmet game substantially! (below, the original light is in the eye on the left, the new lights on the right of the photo) 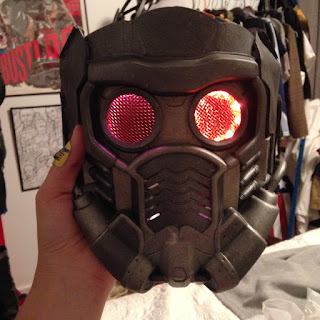 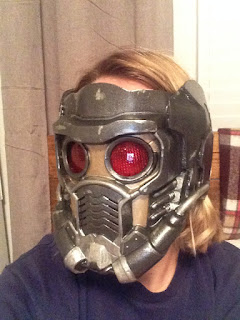 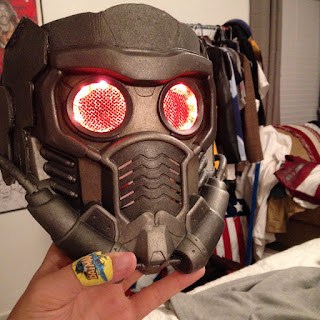 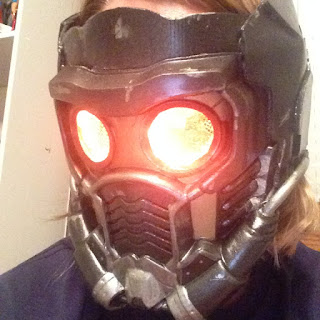