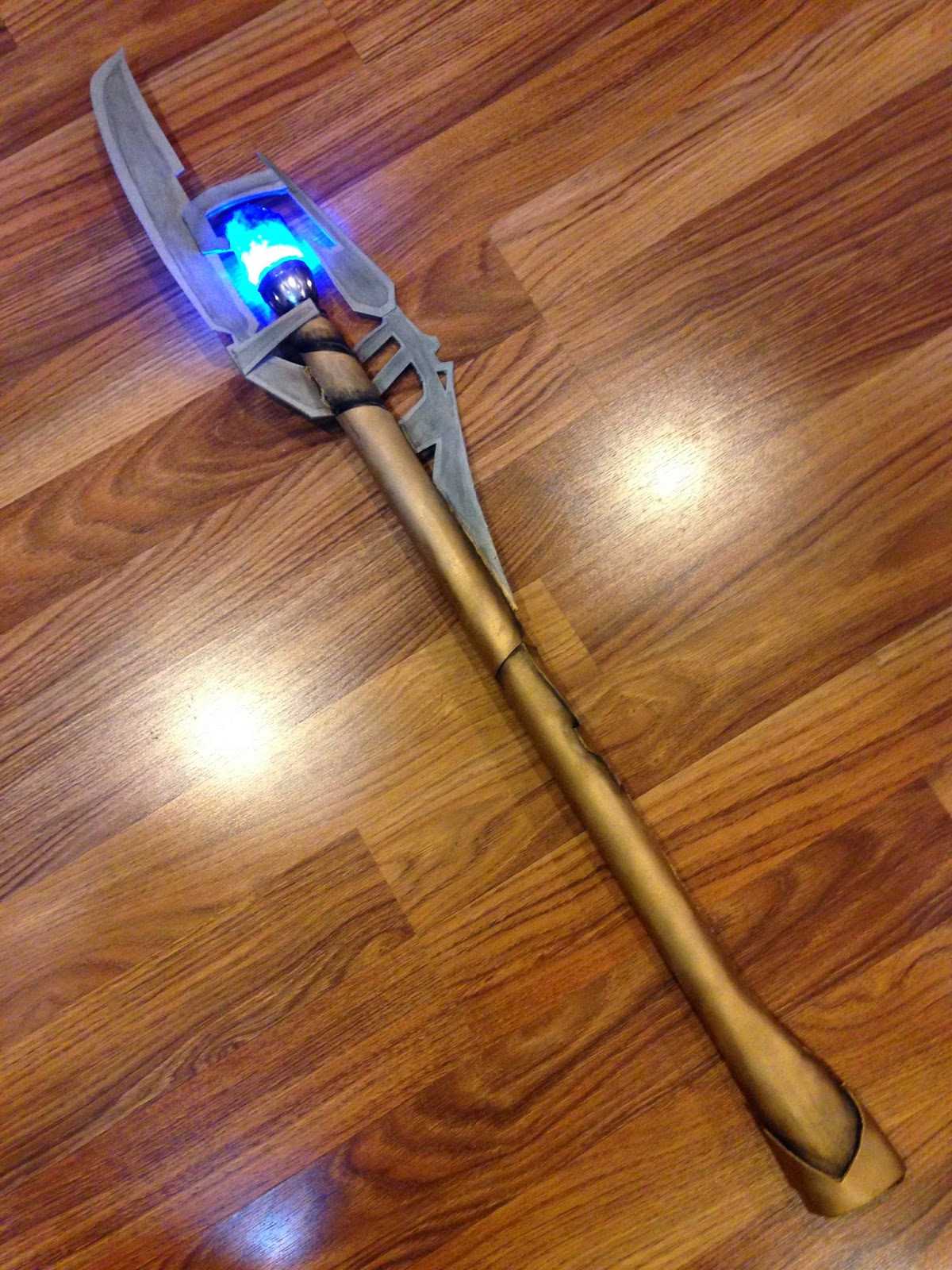 In my attempt to collect all of the Infinity Gems, I had already created the Aether from Thor 2 and the purple gem from Guardians of the Galaxy, plus I received the Tesseract from my brother. Loki's mind control gem was the only one I didn't have because I thought it was something too complicated to make.

But, this was by far the cheapest prop I've made. Only spent $4.98 on a flashlight. That is all I had to buy; I already had everything else I needed in my craft box. The basic ingredients were: a wrapping paper roll, some cold press matte board, some craft foam, the flashlight, some blue wrapping cellophane, spray paint, a little black acrylic paint, hot glue, and some sculpting clay.  Below, there are some of the process photos, just in case you don't believe me, haha. 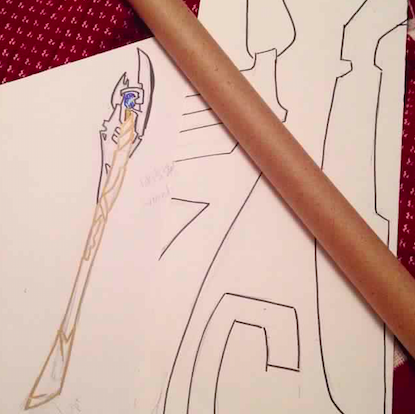 initial plan and blades drawn out on matte board 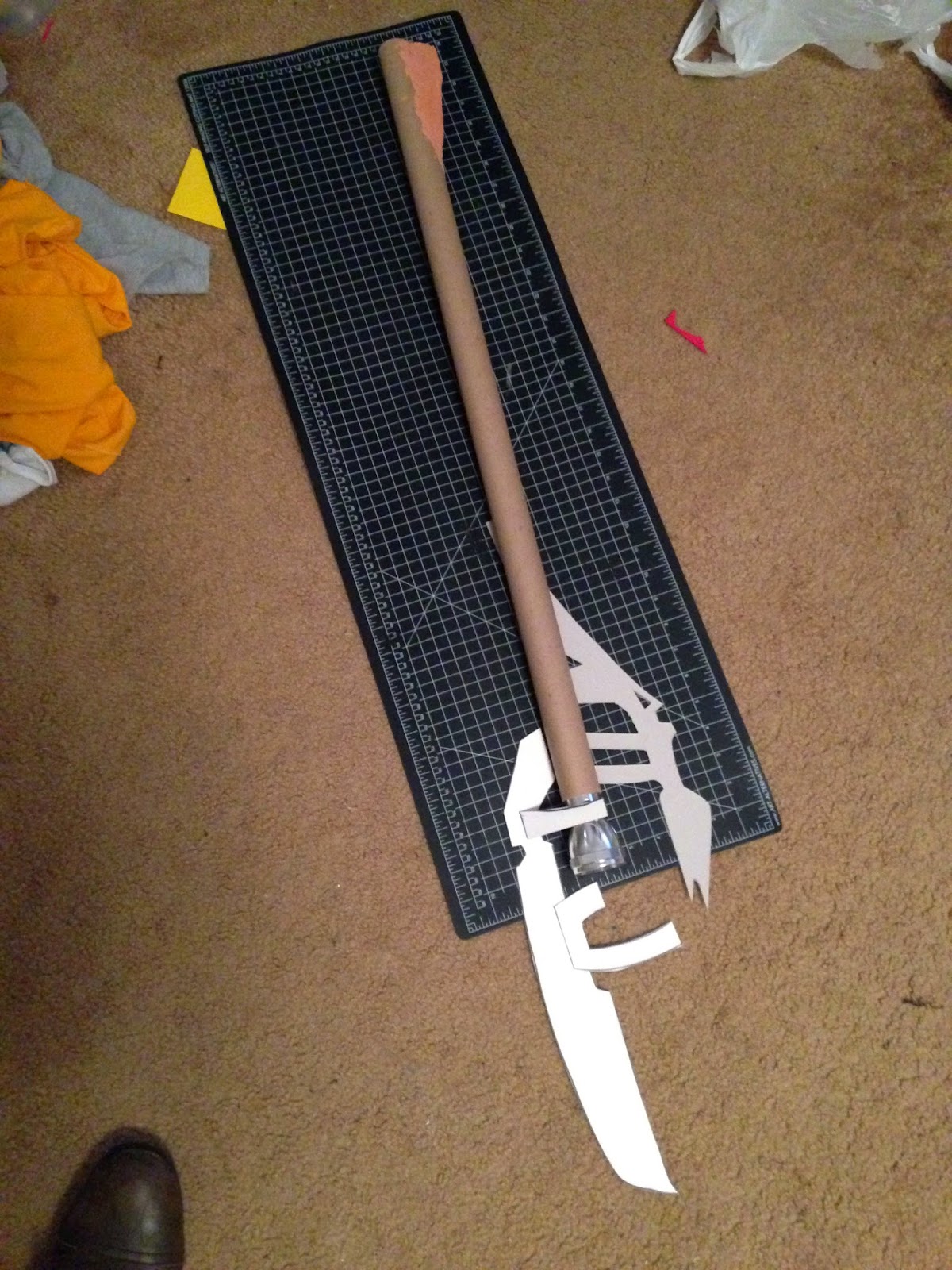 basic pieces laid out, clay already dried on the end
of the wrapping paper cardboard roll 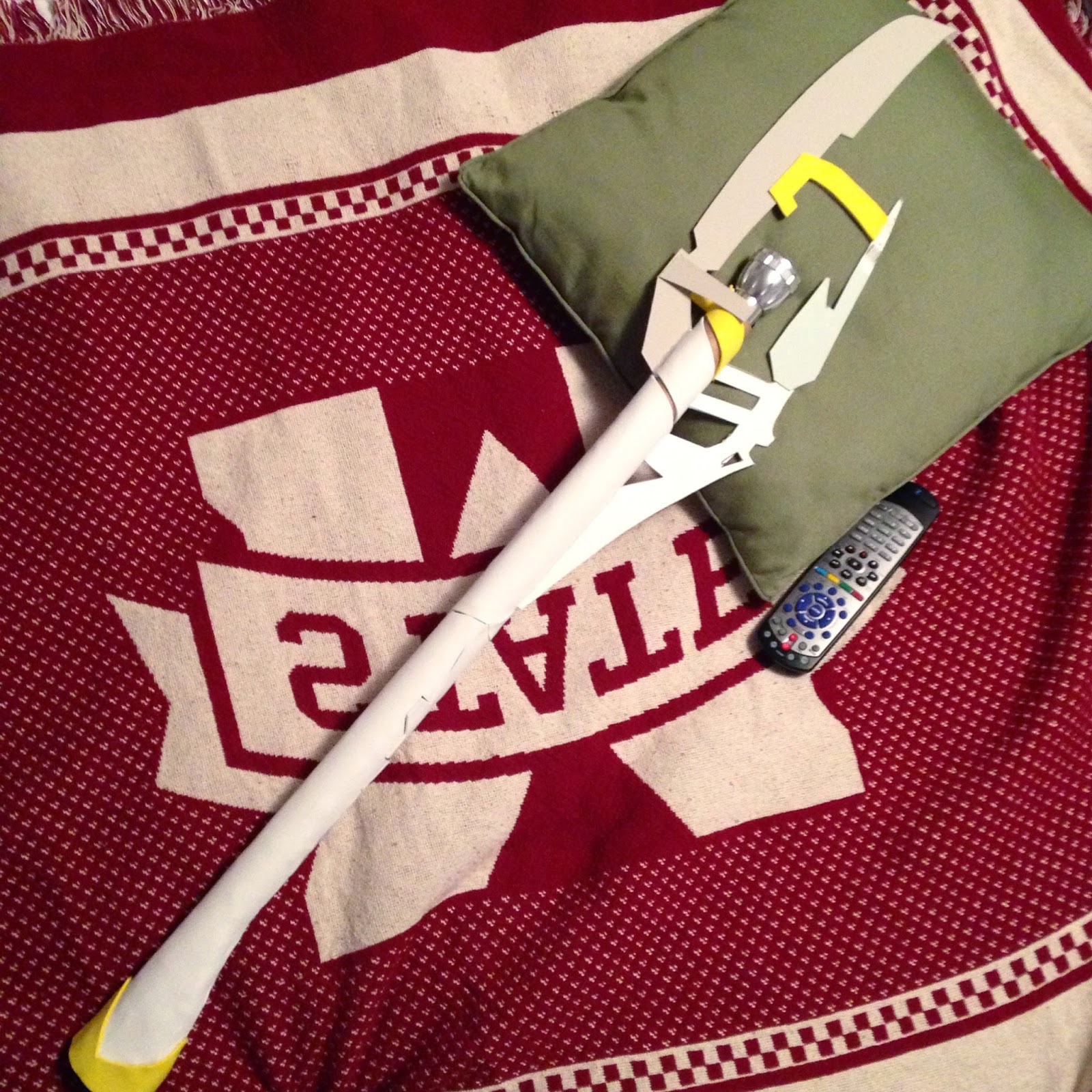 pre-paint; all craft foam stuck on 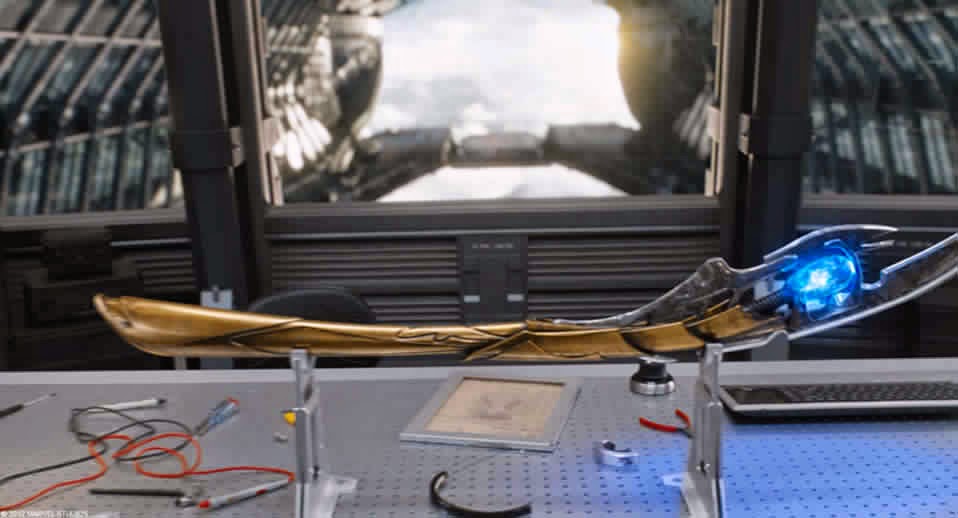 And here's the photo I used for inspiration. I chose the shorter staff from the movie, the one that is more prevalent at the beginning; the longer staff has a thinner handle and more blade additions.