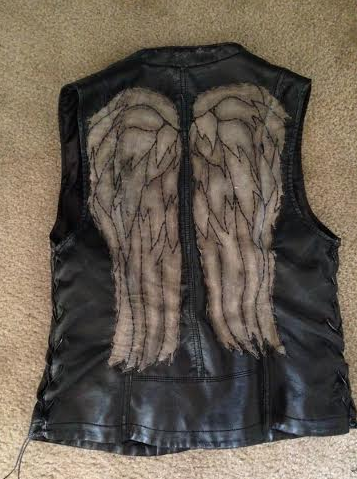 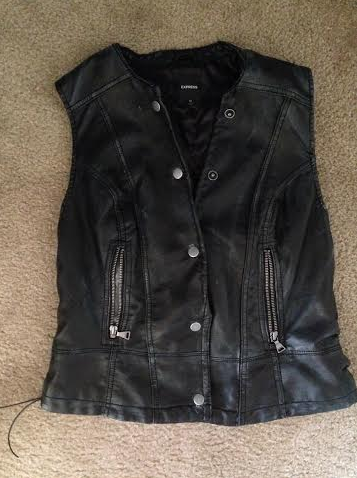 PREFACE:
In late 2006 or so, I went on a trip with my Grandmother and sister. We ended up at a mall to do a little shopping and I went in Express, as one does in eleventh grade. I came across a black leather moto vest that was just gorgeous...even more gorgeous when I saw it had been marked down from $85 to $27! So I bought it, showed my Grandmaw (who was mortified that I would buy that over a cardigan), and walked away proud that I would show off an awesome, tough vest that I was so thrifty in purchasing. Fast forward to a couple months ago, nearly 7 years later (dang, now I feel old), and I put my vest into a bag to give to goodwill. I have tried that thing on maybe once a month trying to put together an outfit and it always looked ridiculous on me. After all that time, I had finally given up and felt relieved that I could stop trying.

I tell you this story to prove that I felt no remorse cutting up, sanding, glueing, re-sewing, and scratching a real leather vest for the sake of a cool prop. I had given it enough chances to work and it never did. To me, this prop is more recycling than ruining.

I've recently gotten back into Walking Dead and been binge-watching it for a couple weeks now to catch up. *Don't be one of those people claiming I'm a band-wagon jumper, I watched the first two seasons as they aired on tv (yes, I saw the first episode the first time it aired, not many people that watch it now can say they saw that brilliant piece that day). I missed the first few episodes of season three and waited to catch up when the whole season was available. This week, watching Daryl and Beth team up near the end of season 4, I sat on my couch and thought about just what it is that makes Daryl such a badass. Then he turned around and I saw the vest. My first thought was, "you wear that vest during the apocalypse, everyone knows your tough." So, in my attempt to become a little more badass every day, I grabbed my nearly-new, old leather vest out of my give-away bag, got some gray-green fabric left over from my Indiana Jones satchel, and went to work! I drew the wings onto the fabric with a sharpee, and made some dashes on the lines to help it look stitched on as opposed to drawn and glued (tip, hot glue and leather never get along; I got some leather glue at Michaels). I aged the whole piece with a steak knife, sandpaper, and a mixture of several fabric paints and water; I even added the lace-up detail on the sides with some leather strings I also picked up at Michaels. I know the front pockets are off (zipper instead of sewn-on-top), but I think they add a cool dimension the front, which is a little boring compared to the back. I had to sew the hem around the neck at the front (where I cut off the moto-flaps) and also had to attach on some snaps where the zipper used to be. I will probably age the wings a tad more as far as fraying goes, but the colors on the wings look pretty good as is; also need to add some stitching around the outside edges since the glue is a little weak. His snaps are also a bit more black-silver, whereas mine are a bit too shiny right now. Even spray-painted a little toy dart cross-bow black to display with the vest in my craft room.

Maybe some day, I can meet Norman Reedus and get his signature on it somewhere. So, if you see me in the apocalypse, I'll be the one trying to look as badass as possible til I get gnawed on by a walker. After I've changed, you have my permission to steal it off my rotting, walking-corpse-like body and carry on the tradition of having a sweet vest to prove you are cool at the end of the world. 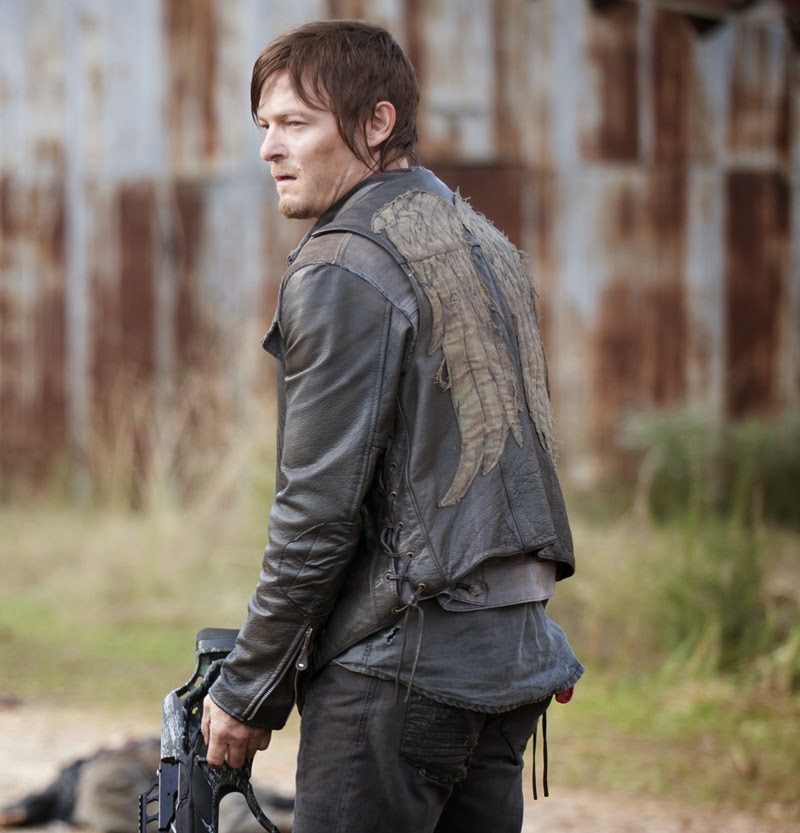 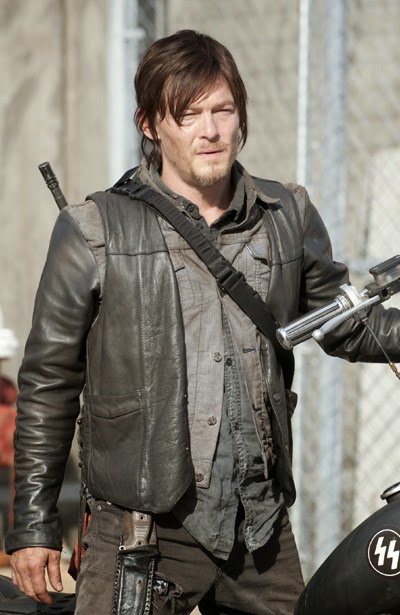 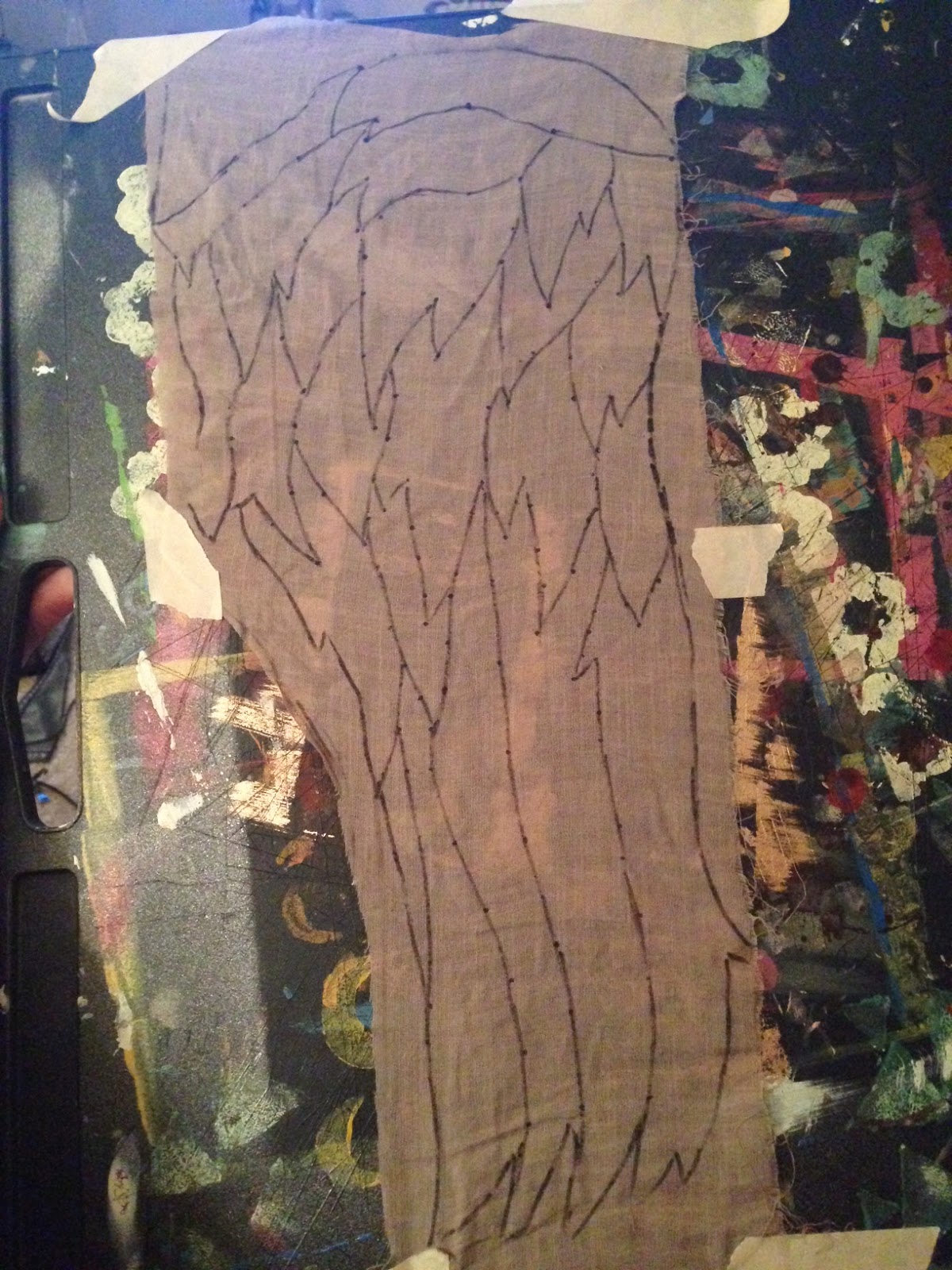 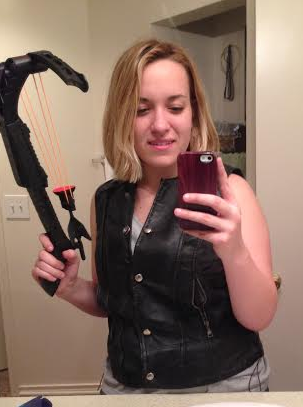 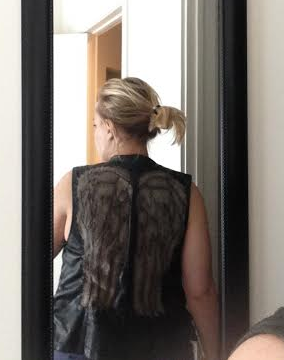 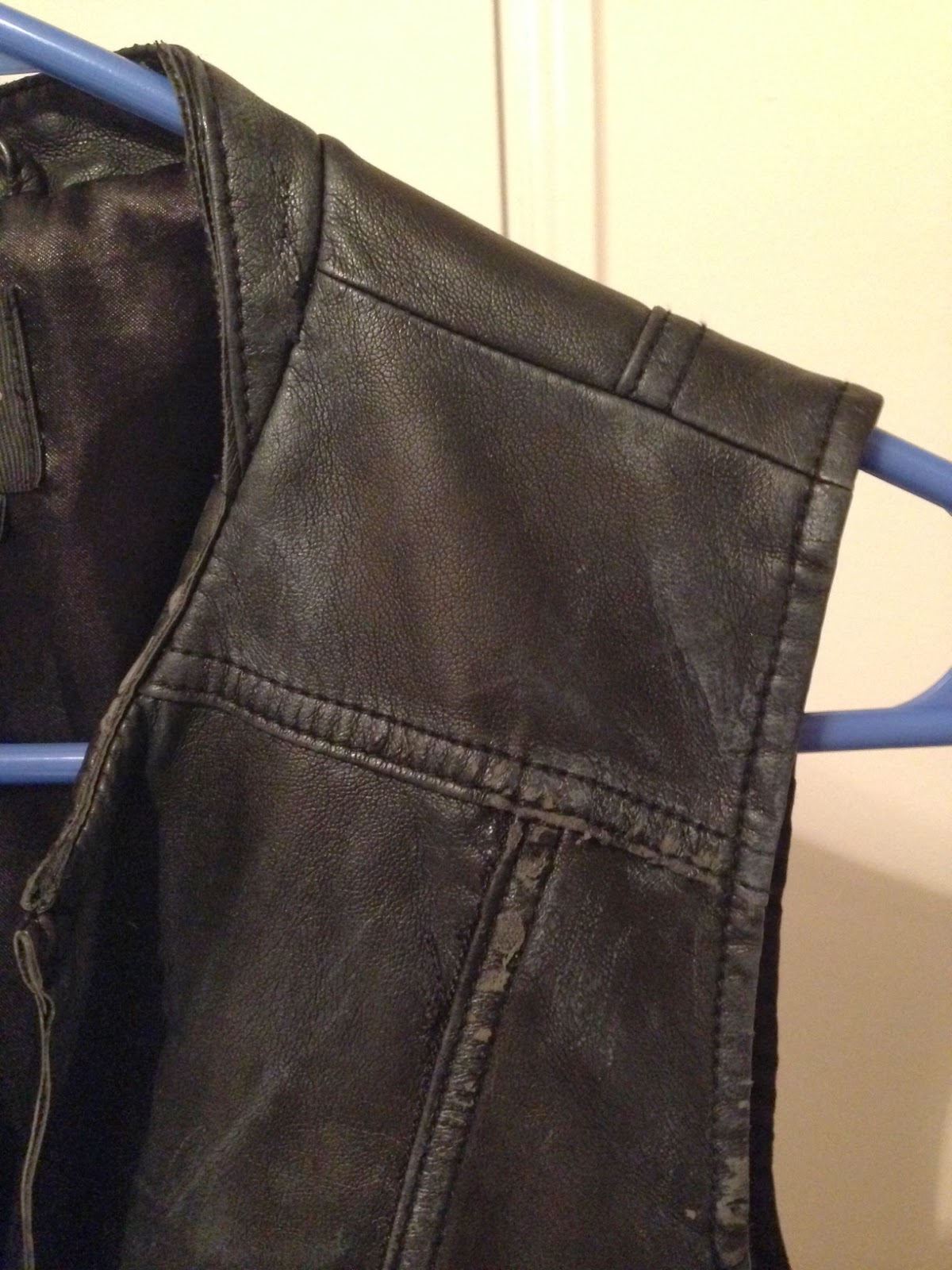 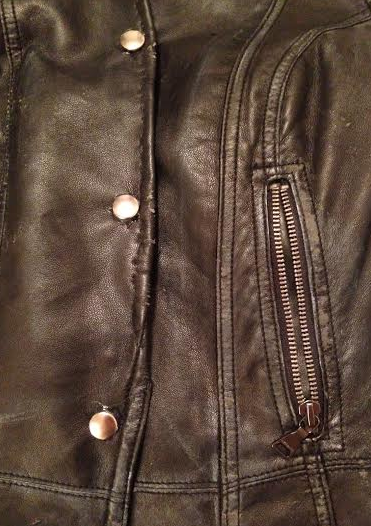 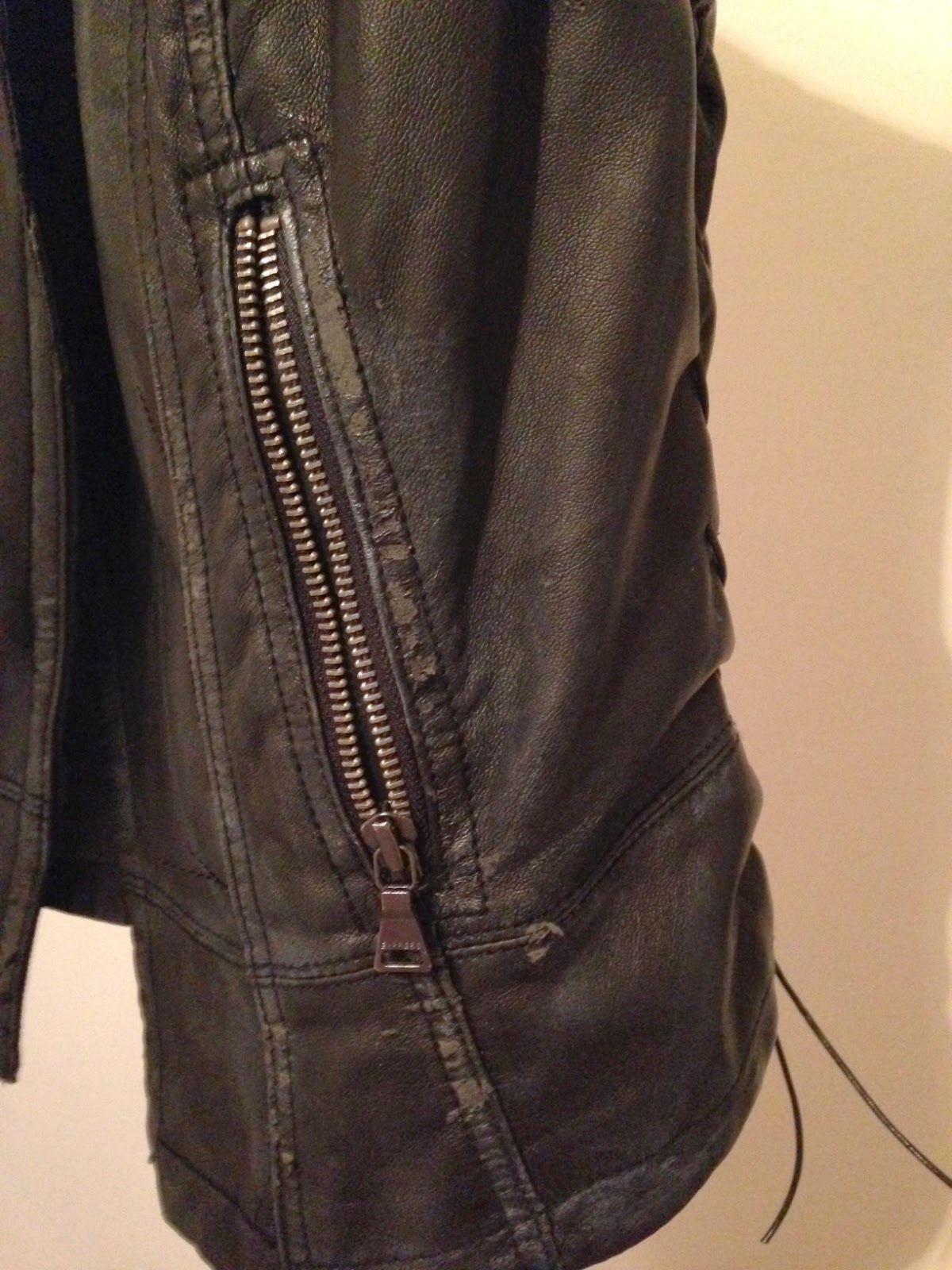