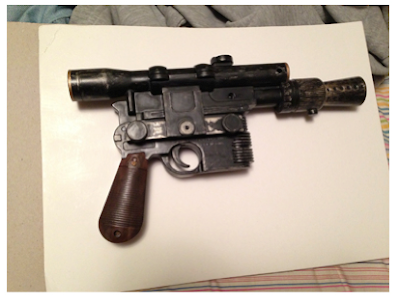 I somewhat follow Adam Savage's project on tested.com. He had a video about making a very accurate blaster replica that made me really want one of my own. Unfortunately, due to the lack of a spare $2000, I decided to make a cheap one and just let people see it from a distance so they won't know any better. Found a kid's licensed toy blaster on ebay for like eight bucks and thought since the shape was pretty close, I could just paint it and weather it using some of Adam's techniques and some of my own I have picked up over the years. Within two days, I used some spray paints and some acrylics (for the fake wooden handle) and came up with this beauty. Quite a big difference from the orange and white that it was! 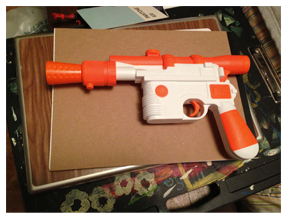 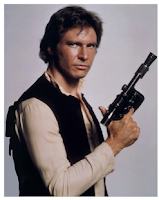